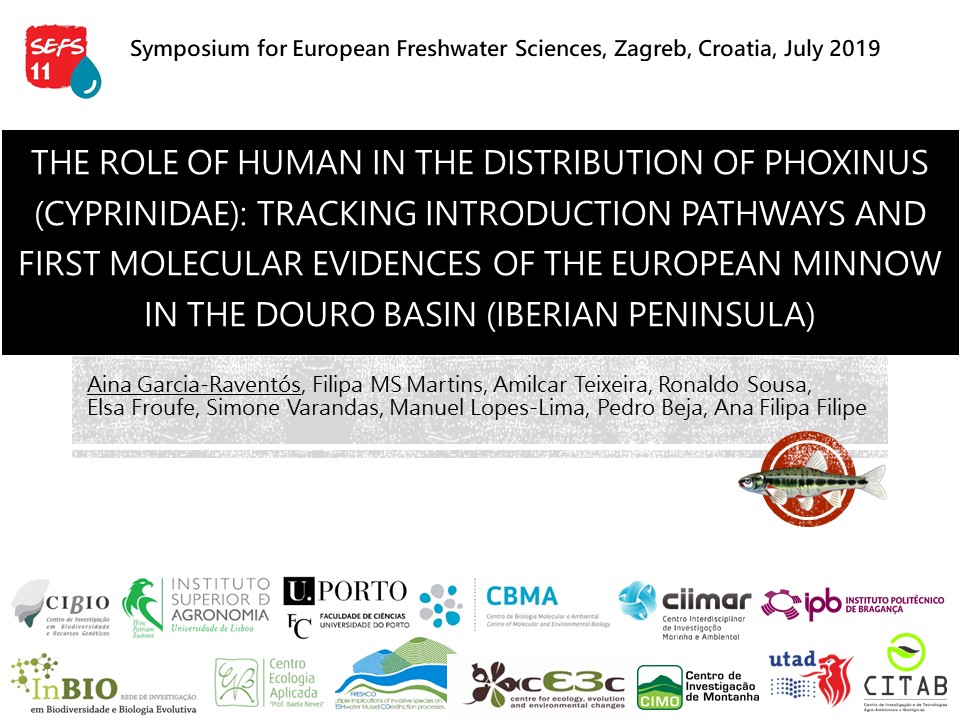 THE ROLE OF HUMAN IN THE DISTRIBUTION OF PHOXINUS (CYPRINIDAE): TRACKING INTRODUCTION PATHWAYS AND FIRST MOLECULAR EVIDENCES OF THE EUROPEAN MINNOW IN THE DOURO BASIN (IBERIAN PENINSULA)

Biological invasions are a major threat to global biodiversity. Freshwater ecosystems are particularly prone to introductions, and the number of non-native species has increased exponentially during the last decades. Iberian Peninsula is no exception, and all major basins are currently inhabited by several non-native species. However, knowledge is often lacking regarding the history of the introductions, which hinders a quick assessment and implementation of possible management actions. In this study, 966 individuals of the genus Phoxinus were detected in 10 out of 138 stream sites sampled across the Douro Basin in 2017 and 2018. A total of 26 individuals were barcoded using the cytochrome c oxidase subunit I (COI) marker. Our results revealed the first record of Phoxinus phoxinus in the western Douro, with haplotypes closely matching those from the population from Charente River (southern France). The remaining 21 individuals sequenced from watercourses in eastern Douro were genetically confirmed to be P. bigerri, the species previously reported in the region. We show evidence of two distinct introduction pathways: a more recent introduction of P. phoxinus following documented human immigration trajectories between France and Portugal, and more ancient introductions of P. bigerri due to fishing practices between nearby streams from Spain. Our study highlights the value of molecular approaches for early detecting new introductions pathways and tracking spread history, which can be relevant for preventing future introductions.